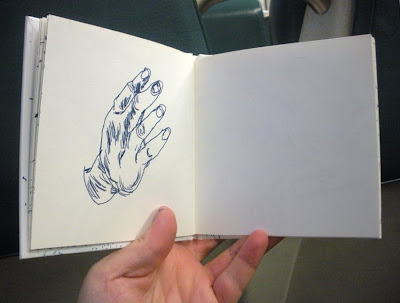 An exhibition of new work by Jason Polan.

The drawings in this exhibition were made while in New York, Connecticut, Massachusetts, New Hampshire and Maine. The drawings filled two books.

Robin Cameron made this book and I like it a lot. I think it might be sold out. Email before purchasing.
Posted by Jason Polan at 2:28 PM No comments: 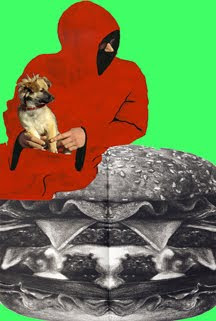 Daniel Davidson and Josh Rickards have an exhibition opening this Friday at Lump.
Posted by Jason Polan at 2:00 PM No comments: 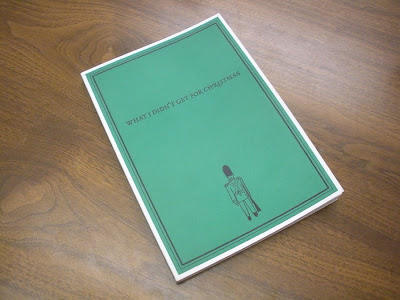 I have a story in this book that is now available at J. Crew stores (and on their website right here). It is a Partners & Spade project. There are a lot of good people involved. Mary Matson, Miranda July,
Hugo Guinness (who did all of the drawings), Matt Singer, Will Cotton and a bunch of others.

Bill just put up some pictures from the talk at the Weatherspoon Art Museum right here if you would like to see.
Posted by Jason Polan at 8:24 PM 1 comment: 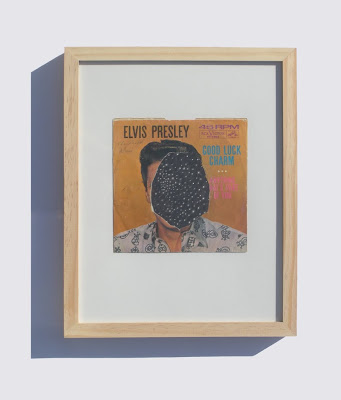 I made this piece for an exhibition that opened tonight at Jen Bekman Gallery. The show is called Mixtape and the artists made artwork in response to a song.

I have been listening to a cover of the song Crazy In Love by Beyoncé a lot lately. This version is sung by Antony. I made this piece with the song in mind. I liked making the weird connections in my head between the two versions of the song and relating them to the drawing, while piecing the work together.

Tonight I was drawing people before going to the opening of the art show and I saw Antony. I was nervous (and surprised) drawing him, that is why the drawing looks so terrible. I am glad I got to see him.

Bill told me about the song.
Posted by Jason Polan at 8:15 PM No comments: 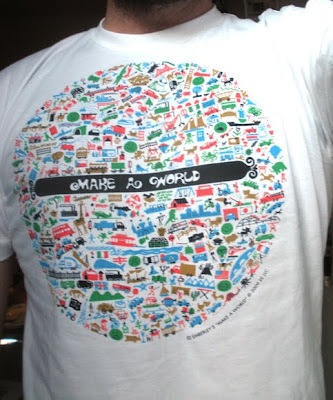 I am excited to be a part of this film (it is a little part, but still, I am very excited). It is called Make a World. It is a documentary about the artist Ed Emberley.
Posted by Jason Polan at 8:00 AM No comments:

Some sharp pencil-ers put together a newsprint package that is not to be missed. It is only $10. That is about how much it costs to get 3/4 of two smoothies at jamba juice!? Order some newsprint!!

I have a piece in this show that opens tomorrow (Friday, the 20th).
Posted by Jason Polan at 2:20 PM No comments:

Jay Ryan and Paul Hornschemeier are on tour right now with books and prints and drawings and limited edition napkins (there are only two, act fast). They are both terrific artists and you should buy their books (and napkins) if you have the chance.
Posted by Jason Polan at 12:19 AM No comments: 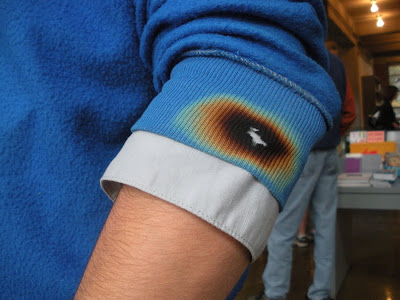 There is a release party for the More Things Like This book coming up on Thursday at Park Life in San Francisco!

I have some drawings in the new Esquire and Believer Magazines.
Posted by Jason Polan at 9:22 PM No comments: 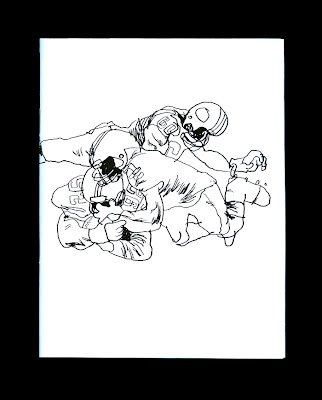 This is a book that was put together for the exhibition Please Trust Me that is up right now at Lump in Raleigh, North Carolina.

Let me know if you are interested in a copy of the book:
art@jasonpolan.com
Posted by Jason Polan at 5:15 PM No comments: 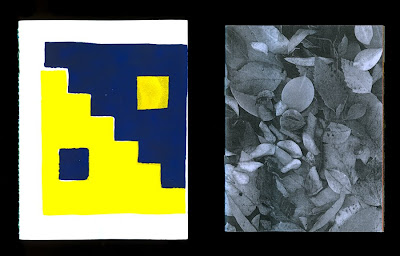 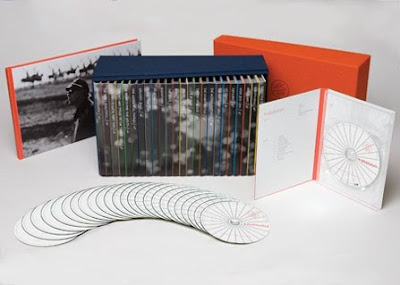 This very impressive Kurosawa box set is being released by The Criterion Collection in December. A word from Criterion about the set:

In 2010, the film world will celebrate a momentous event: the hundredth birthday of Akira Kurosawa, whose influence on cinema has been incalculable and whose staggering catalog of masterpieces—from Rashomon to Seven Samurai to Kagemusha —has remained fresh and timeless with each passing year. To do our part, we’re presenting a deluxe, linen-bound collector’s set, AK 100: 25 Films by Akira Kurosawa, just in time for the holidays. AK 100, the most extensive set of the filmmaker’s works ever released in this country, also includes five films new to Criterion collectors: four early rarities never before released here on DVD (Sanshiro Sugata; Sanshiro Sugata, Part Two; The Most Beautiful; and The Men Who Tread on the Tiger’s Tail) and his poignant final film, Madadayo. And as a companion to the films, we’ve created a hardbound, illustrated, ninety-six-page book featuring new writing by Stephen Prince and Donald Richie. Supplies are limited, so preorder your copy of what is sure to be the cinematic gift of the season now. Happy viewing!
Posted by Jason Polan at 8:01 PM No comments:

Posted by Jason Polan at 7:38 PM No comments: 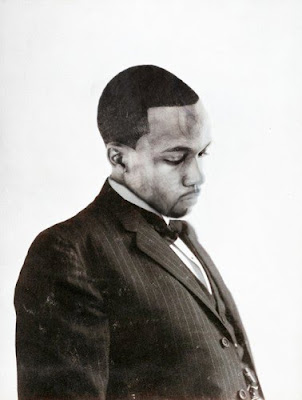 There is an Erica Allen (this is one of her photographs) art opening at Melanie Flood Projects tonight. It will be the last exhibition there.
Posted by Jason Polan at 7:59 AM No comments:

These are some pictures of the exhibition PLEASE TRUST ME that is up right now at Lump Gallery/Projects. I enjoyed seeing everyone. It was a lot of fun. I hope people enjoy the exhibition. 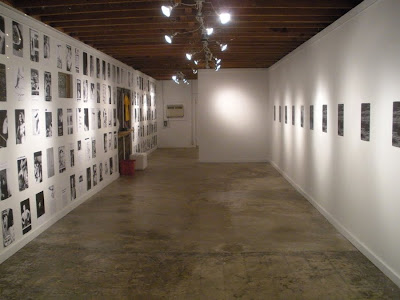 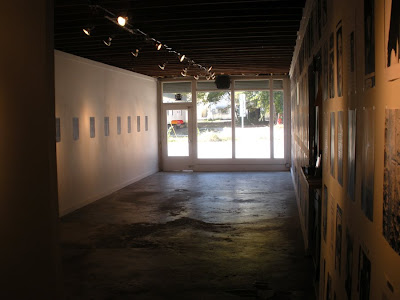 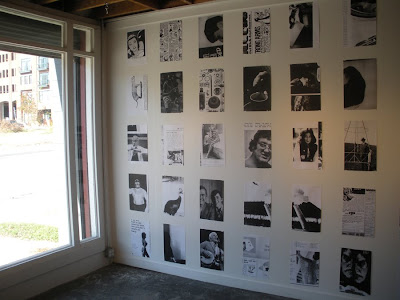 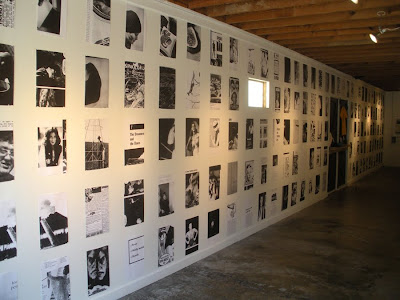 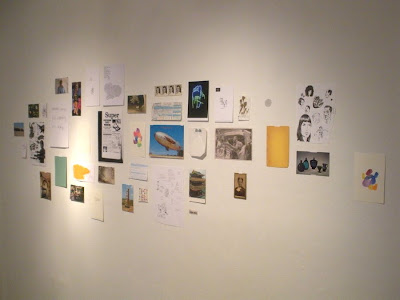 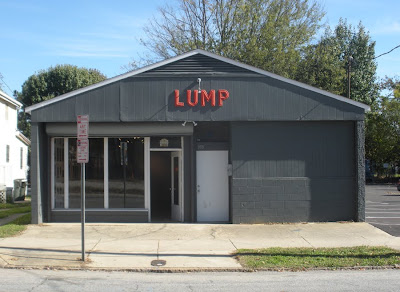 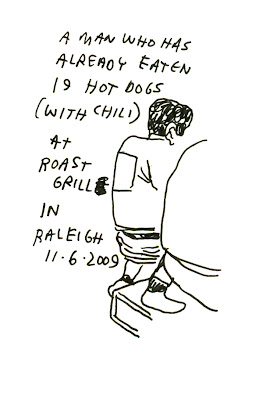 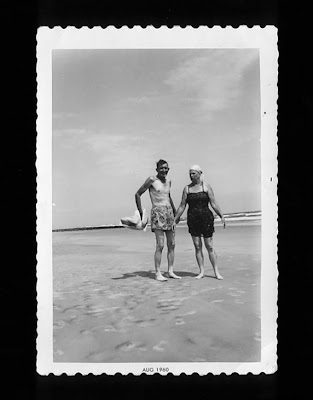 I have a new story on Poor Mojo's Almanac(k) right now.
Posted by Jason Polan at 9:26 AM No comments: