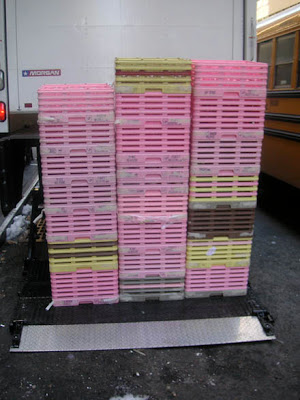 I want the hippopotamus bag. 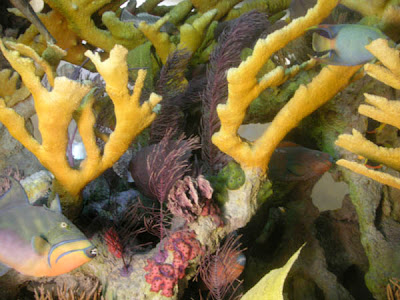 Derek Erdman could write a book and call it: 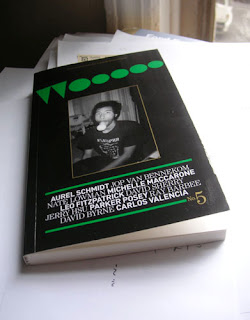 The fifth issue of WOOOOO magazine is available now. It is always fun to read.
Posted by Jason Polan at 10:03 AM No comments:

Why are you a triangle? 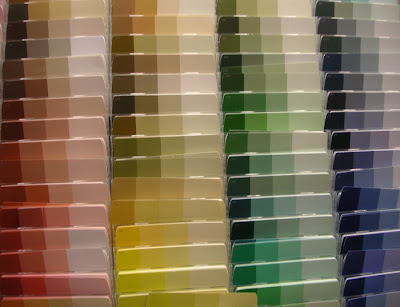 The film The Taste Of Tea is very good. I just finished watching it and enjoyed it very much.

The people at M SS NG P ECES are always working on interesting projects.
Posted by Jason Polan at 7:57 PM No comments: 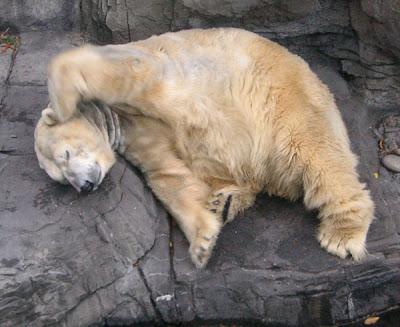 Posted by Jason Polan at 7:35 PM No comments:

It will go forever until it stops. 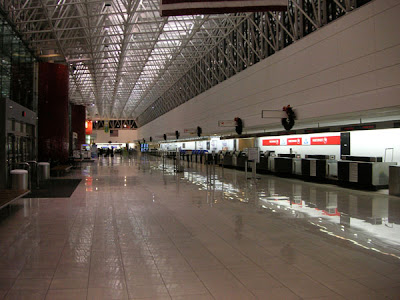 Posted by Jason Polan at 3:37 PM No comments: 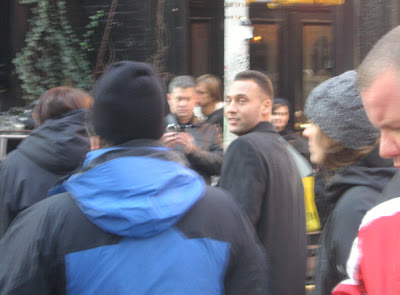 When I was walking downtown today I noticed a photo shoot. I usually like to see what is happening/see if there are any mega-stars around and then I like to leave because it is sometimes weird to see behind the scenes stuff.

As I walked up I saw that they were shooting Derek Jeter coming out of a cab and then walking up the street past a girl who notices him and then bumps into a trash can. They did the, literally, ten second shot, and then had to rework everything and get everybody back in place. Derek Jeter was standing on the side and people were allowed to walk right by him. I watched one more take (the girl didn't bump into the garbage can this time which I thought was funny, perhaps she wasn't supposed to bump into it the shot before) and then walked by Jeter to take his picture and shake his hand. When I walked up I noticed two security guards and realized I wasn't going to be able to say hi to him and shake his hand, but I took his picture anyway. The security guys told me I had to keep walking. I said, "So, are you Derek Jeter's security?" I thought it was funny (they were wearing security hats and were at least nine times the size of anyone else there) and I wanted to be friendly(whoops). "We are keeping an eye on things," the one in the picture right here

told me. They then told me I had to go. I took one more picture as I walked away.
Posted by Jason Polan at 11:54 AM 2 comments: The film Yi Yi is playing at The Museum of Modern Art today at noon. I am sorry I gave you such a late notice. This is a very good movie. If you don't get to see it today it is available on dvd.

I just started The Drawing Project I hope you like it.
Posted by Jason Polan at 7:08 AM No comments: 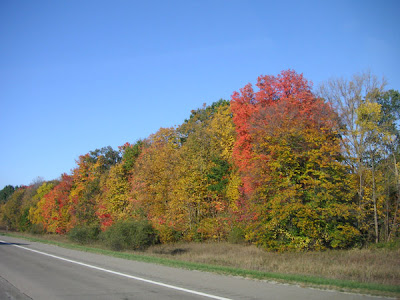 I have been watching this video over and over.

Last night Joshua Mosley did a presentation at The Museum of Modern Art. He is making some very interesting things. I like the piece he is working on for the Atlanta Airport.
Posted by Jason Polan at 9:03 AM No comments: 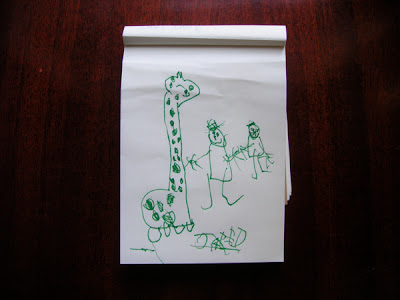 My cousin, Jared, did this drawing yesterday. He is on the right and I am in the middle. Jared's drawings are always good.
Posted by Jason Polan at 4:28 PM No comments: 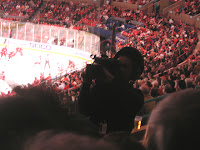 What is the best thing to do when you are on the big screen at a sporting event?

Usually people are watching something (the hockey players or the woman walking up the aisle or the man eating nachos three rows ahead of them) until someone to their left, your right, nudges them on the arm and points out their face on the big screen. They turn and see. It usually takes a moment for them to realize who it is. They first notice the person sitting next to them and think they look familiar. They see themself looking a bit above where the shot is being filmed. It takes just one more moment for them to see where the camera man is standing who is taking their picture. Then they smile and wave.
Posted by Jason Polan at 9:24 PM No comments: 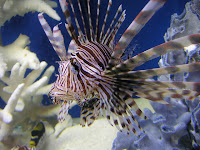 I hope everyone had a good Thanksgiving.
Posted by Jason Polan at 9:16 PM No comments: 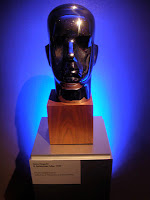 There is a Buckminster Fuller and Isamu Noguchi exhibit right now at The Henry Ford Museum in Dearborn, Michigan. The work in the exhibit is exciting to see. The show is up through January 15.
Posted by Jason Polan at 10:20 PM No comments: 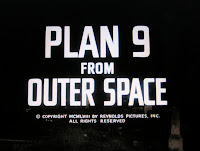 I stole the TV! 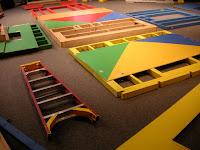 These are some good art shows right now:

Buffalo by Milton Rogovin at Danziger Projects (521 West 26th Street) There was a piece about this show in The New York Times today and I was very glad to see it. I liked the work very much. The artist is 97.
Posted by Jason Polan at 8:10 PM No comments: 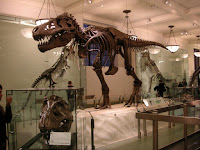 I think this is going to be the second posting. I am trying to figure out "posting" things on this website right now and it will take me a little bit. I am looking forward to Thanksgiving. Does everybody have a place to go? What state are you in right now?
Posted by Jason Polan at 8:02 PM No comments: This is the first posting on The 53rd Street Biological Society Blog. This will be a place where we post important things regarding the club.
Posted by Jason Polan at 7:35 PM 4 comments: